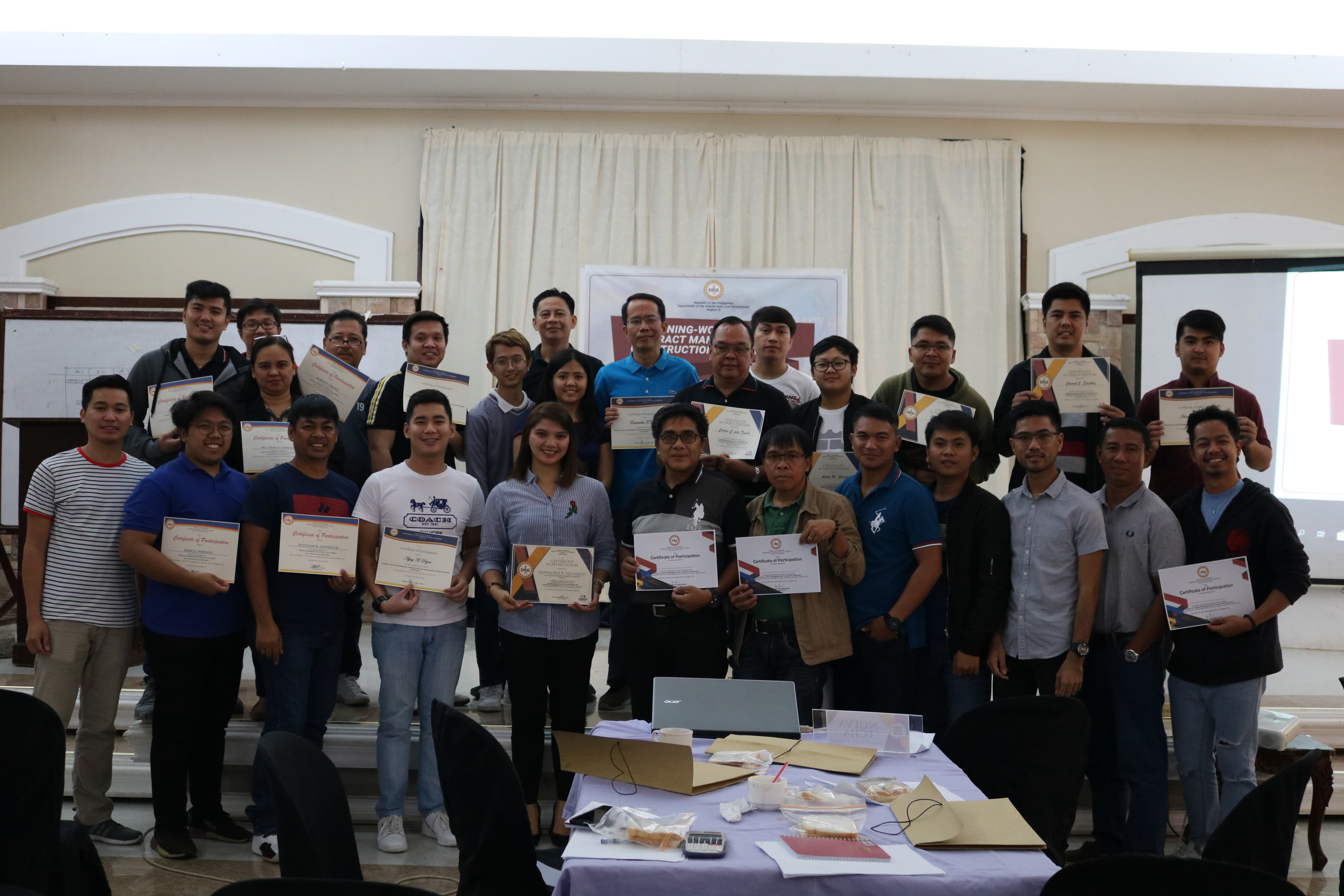 The Department of the Interior and Local Government (DILG) – Bulacan, together with the other Bataan, Nueva Ecija, and Pampanga DILG Provincial Offices in partnership with the Department of Public Works and Highways (DPWH), conducted a three-day activity, entitled “Seminar-Workshop on Contract Management and Construction Supervision” at Vista Marina Hotel and Resort, SBFZ on November 6-8, 2019.

The activity is one of the priority capacity development trainings needed to achieve the Annual Reform Action Plan (ARAP) of the Provincial Governance Reform Roadmaps (PGRR) of the participating Provincial Governments.

Engr. Andrea Mae Quiniquini and Engr. Bryan Jeremiah Mercado from the DPWH – Central Office served as the Resource Persons. During the seminar-workshop, the participants were able to refresh their knowledge on the topics, especially on the pre-implementation, implementation and post-implementation stage of the project. All the questions raised were answered based on the Republic Act (RA) 9184 or the Government Procurement Reform Act.

After the conduct of the activity, the Provincial Governments were expected to improve their contract management and construction supervision performance and be able to achieve their PGRR’s target for 2019.

The activity was participated by the concerned local functionaries from the Provincial Government (PG) of Bulacan, Bataan, Nueva Ecija and Pampanga.