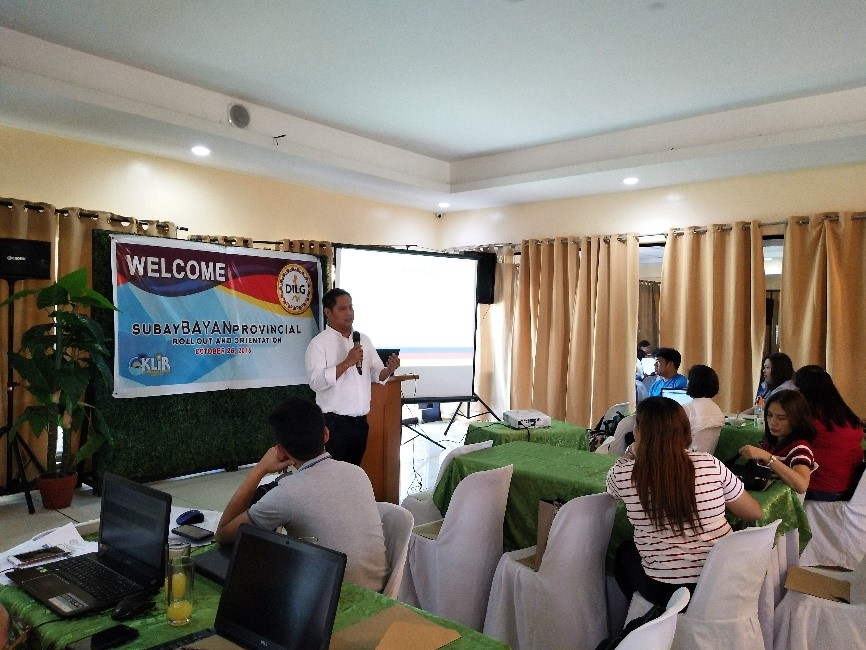 As this system is now the official platform of the Department in the monitoring and reporting of all Locally-Funded Projects, LGU and PGB Focal Person together with their respective Municipal Engineers and Municipal/City Local Government Operations Officers (C/MLGOOs) were oriented with their roles/functions and were guided in the various stages of data processing of the system.

LGUs were obliged to facilitate the encoding/uploading the data of year 2016 to 2018 projects in the system until 15th of November.