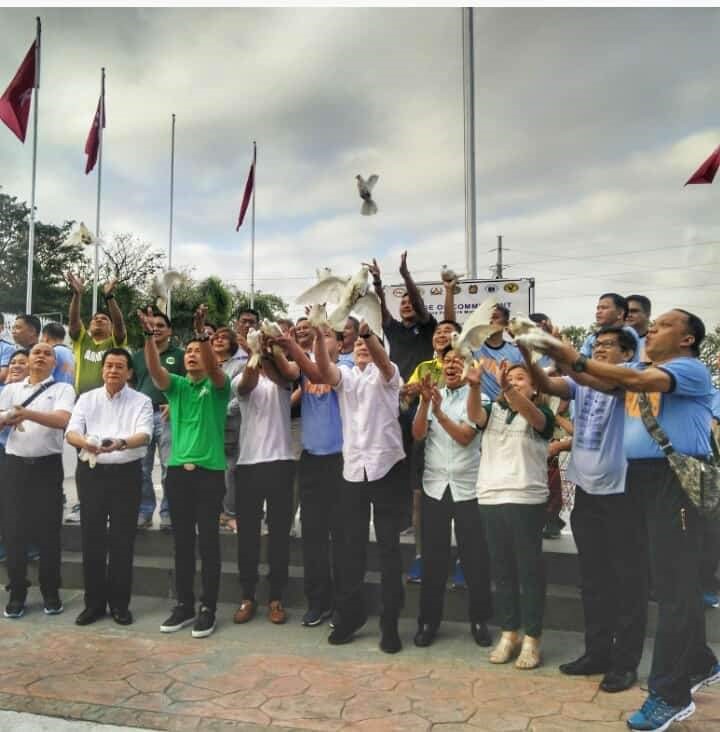 CITY OF MALOLOS - The Philippine National Police Bulacan PPO, in partnership with the Commission on Elections (COMELEC) and the Department of the Interior and Local Government conducted a Unity Walk for a Secure and Fair Election (SAFE) 2019 on January 13, 2019, 5:00 o’clock in the morning at the historical Church of Barasoain.

Multi-sectorial groups, stakeholders, leaders, personnel and members of government agencies, religious groups, and other non-government organizations attended the walk headed to the Bulacan Capitol Gymnasium for a prayer rally, followed by the signing of a pledged of commitment of the participants and some electoral candidates from the Province of Bulacan.

Atty. Temie P. Lambino, Regional Election Director of Region III, expressed his words of gratitude for the participants and the host department, as he highlighted that the activity symbolizes the commitment of the different agencies of the government in strictly implementing laws to ensure peaceful Local and National Elections on May 13, 2019.

The activity was sealed with a releasing of doves, symbolizing participants’ high hopes and commitment to achieve peaceful, safe and fair upcoming 2019 Local and National Elections.