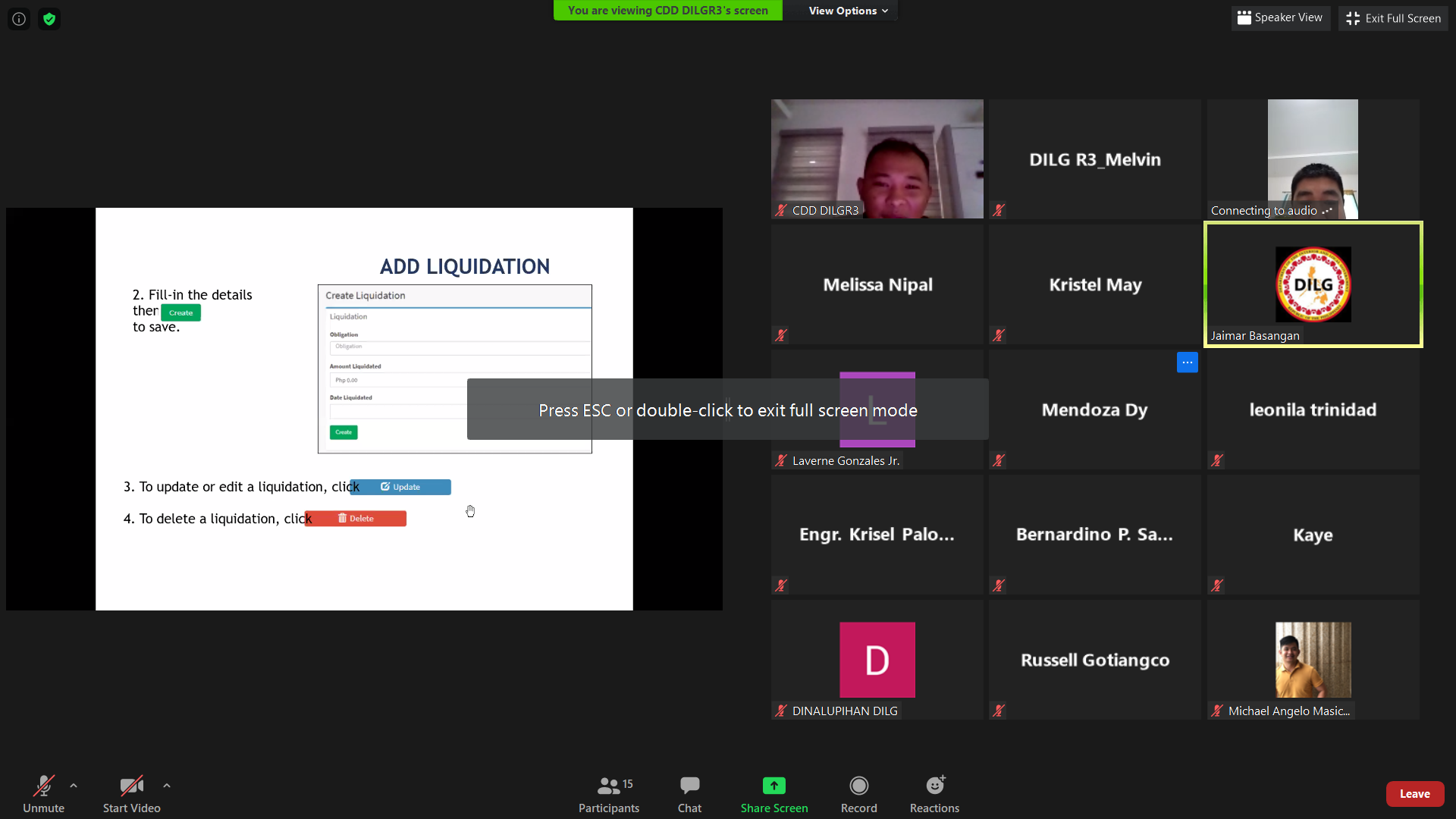 During the activity started with the recognition of Region III as it ranked third in the updating of the SubayBAYAN Portal nationwide. Further, the Province of Bulacan topped the ranking among the other provinces in the Central Luzon and placed sixth on the national level with 84% compliance.

The Office of Project Development Services (OPDS) also gave a refreshment on the uploading of data in the SubayBAYAN especially on the financial accomplishment of the projects.

The list of missing/lacking data in their respective projects were also given to the LGUs to serve as their guide in fasttracking their compliance in updating the portal.